Congratulations on a CAS in Front-end Engineering 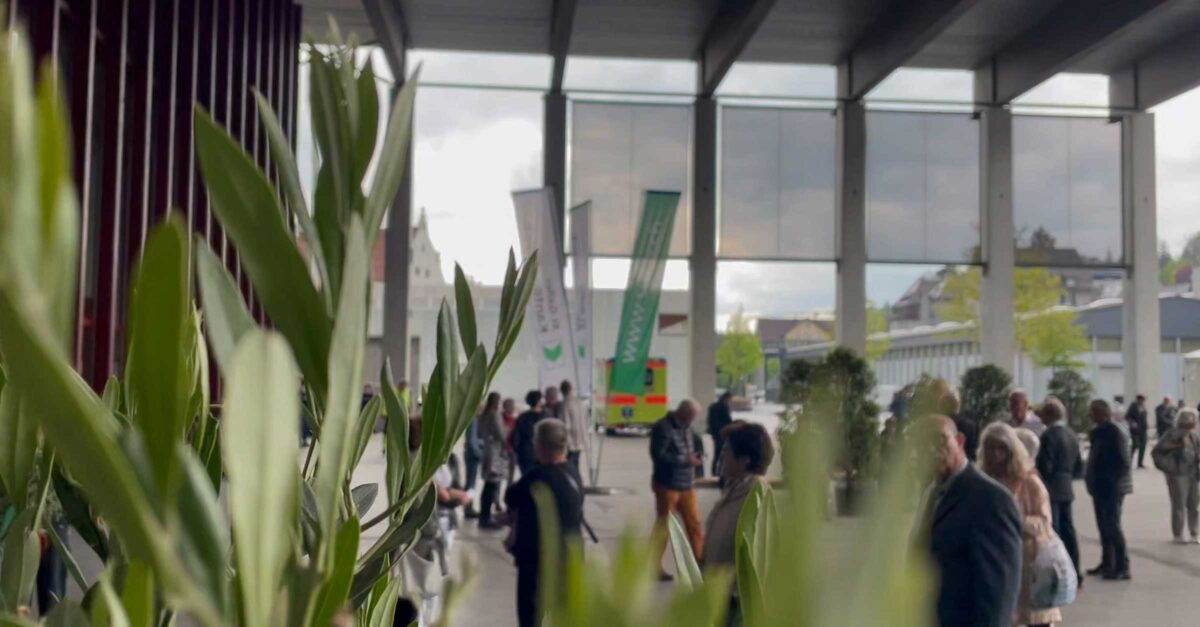 The first ever Annual General Meeting conducted by St. Galler Kantonalbank took place in 2001. Nimbus has been assisting the bank since then. For the 22nd implementation, we have again provided the technology and services to ensure a problem-free shareholder attendance and voting. This blog allows you to take a look behind the scenes with us, and the related images can be found in our short video.

Personal on-site voting or via an independent proxy

St. Galler Kantonalbank has approximately 30.000 shareholders, all of which were invited to attend the 2022 General Meeting by mail. The Assembly was carried out live and also transmitted per streaming. Registration was possible not only by post, but also digitally using the remote voting platform called NIMBUS ShApp. Shareholders who were unable to attend personally could choose to vote via the independent proxy, whose authorization, as well as the votes cast for every item on the agenda, could also be submitted either by post or digitally using NIMBUS ShApp.

Voting cards that came in by mail were scanned by Nimbus and the expressions of will were filed in the NIMBUS GV system, which also compiled the votes cast via ShApp. During the General Meeting, the independent proxy then cast all the votes submitted beforehand collectively for every item.

The AGM was carried out on the premises of the Olma fair. Setting up involved the outdoor area, two auditoriums, one large admission area and an event hall. Nimbus equipped the shareholder helpdesk in the lobby. This is where the share register manager can access the share register and where attendees are able to sign in for the assembly at short notice or get their forgotten access cards reissued.

Opposite the helpdesk, ten access gates were set up. Our staff prepared the NIMBUS GV software, the scanning devices to record the access cards, as well as the NIMBUS VS voting units for every one of these gates.

It goes without saying that the entire installation was thoroughly tested before the event, and a trial was run with all the people involved. The admission gates were operated by St. Galler Kantonalbank staff who had received personal instruction by the Nimbus service team leader beforehand. Obviously, Nimbus’ entire service team remained on site throughout the event to provide support if needed.

A green carpet that was laid out outdoors led to the main entrance. Hundreds of shareholders were already waiting here. Door opening was right on time, and the shareholders were escorted to the admission gates by friendly helpers of St. Galler Kantonalbank.

Things were still quiet at the helpdesk and access cards scanning went smoothly. This procedure initiated programming of a personal voting unit for each guest, including their personal data and number of votes. The halls filled up, and the guests were clearly pleased to be able to attend a live event once again.

Chairman of the Board Thomas Gutzwiler conducted the General Meeting for the last time. When he called for the first vote, the high level of concentration in Nimbus’ technical control room was noticeable. A basic tension can always be felt, even though the systems have been tried and tested for years and all the team members are perfectly attuned to each other. Everything needed to run smoothly… which it did!

The agenda was started and the items transmitted to the voting units. The votes were collected on the devices, put through a plausibility check within seconds and transferred to technical event control for visualization.

Nimbus’ technologies again worked impeccably and quickly from the first to the last item on the agenda: as soon as the voting window was closed, the results were shown in the hall.

Just under 90 minutes later, Chairman of the Board Thomas Gutzwiler closed the meeting and invited the attendees to a relaxed get-together in the event hall downstairs, with culinary delights and musical entertainment. The assembly hall emptied in no time, and dismantling was the next mission at hand.

The shareholders had been instructed to leave the voting units on their chairs. All the devices were deleted immediately after the end of the meeting. Then, some of St. Galler Kantonalbank’s employees gathered up the voting units and deposited them in the transportation boxes. Back at Nimbus in Ziegelbrücke, the devices undergo disinfection after every event. Their functionality is tested and they are prepared for the next General Meeting. Nimbus has 8000 voting units available to ensure carrying out simultaneous assemblies is possible without hassle.

One hour later, all of the equipment was dismantled and ready for return transportation. The Nimbus crew could now also help themselves to a beer at the event hall and toast another successfully implemented live AGM with the client.

“We have been assisted by Nimbus since 2001. I call the AGM my ‘wellness project’, because everything really works out every time.”